On January 24, the Leaders’ Conference elected a new Agong and quite frankly the nation was pleasantly surprised at the decision, mainly because Sultan Abdullah Sultan Ahmad Shah of Pahang has been a very low-key person.

However, the new and 16th Agong is actually a bona fide serviceman with a fiery passion for the sport, but all of this is obscured by his private demeanor.

Having said that, we’re pretty sure everyone is now very intrigued by our new Yang Di-Pertuan Agong.

So, without further ado, in light of the swearing-in ceremony of our new Agong today (January 31), here are FIVE interesting facts you didn’t know about Sultan Abdullah of Pahang!

1. He was twice regent of Pahang

Taking on a leadership role for Sultan Abdullah is not something new to him, as he has been doing so since his early twenties.

In 1979, he had to assume the role of regent of Pahang when his father, Sultan Ahmad Shah of Pahang became the seventh Yang Di-Pertuan Agong. Sultan Abdallah was only 20 years old at the time. #Respek

Then, in December 2016, he was again appointed Regent of Pahang before the Royal Council of Pahang decided to make him Sultan of Pahang this year (2019).

2. He has a large family with nine children

Obviously, Malaysian royalty comes from a huge extended family, but Sultan Abdallah’s immediate family itself is already large. We let’s bet their family reunions are fun!

He is blessed with four princes and five princesses, all of whom are well educated (and beautiful enough, to boot!). Their names are as below:

In case you didn’t know, Tengku Amir Nasser Ibrahim Shah is actually the adopted son of Sultan Abdullah. He was adopted even before the Sultan had his own children.

By the way, Tengku Puteri Iman Afzan is a real Instagram celebrity!

3. He is a prominent figure in football and other sports

Sultan Abdullah is no match for anyone when it comes to his influence in football and its associations. for your information, the man is also a member of the FIFA executive committee.

In fact, in 2014, Sultan Abdullah became the president of the Football Association of Malaysia (FAM). He was against TMJ for this post, but Sultan Abdallah managed to garner the highest votes (27 votes).

From now on, he is no longer president of the FAM but he is currently a board member of the Asean Football Federation (AFF). Very cool!

Besides football, Sultan Abdullah is also actively involved in other sports such as hockey, polo, tennis, squash and golf. He even took part in an international polo competition at the Windsor Polo Club in England.

Moreover, he even participated in several international competitions in countries such as Singapore, America, Argentina, Spain, Belgium and the Philippines. In addition to this, Sultan Abdullah also holds several important roles in the aforementioned sports that he practices. They are mentioned below;

Well, based on this long list, it goes without saying that he is probably a very good athlete!

4. He has impressive military experience

In addition to being an active sportsman, Sultan Abdallah is also a soldier!

The man trained for a year at the Royal Military Academy in Sandhurst, England, which is also the academy where Prince William and Prince Harry received their training. He’s the real deal, all of you!

Not only did he train there, but he was also appointed second lieutenant by Queen Elizabeth II at the Royal Military Academy Sandhurst. One word: impressive!

On the other hand, he also took on several military roles in Malaysia, they are listed below:

Fun fact: He also went to Worcester College and Queen Elizabeth College, which are constituent colleges of the University of Oxford, and earned a degree in International Relations and Diplomacy.

5. He is truly humble and has a big heart.

Even though we often think of Malaysian royalty as untouchable, several royals have recently proven themselves to be truly humble people who love their citizens.

Having said that, we have to admit that finding information about our new Agong’s personality has been quite difficult as he leads a fairly low-key life.

However, a certain incident shared by a fellow Malaysian was enough to give us a little insight into the personality of our new Agong.

Tengku Abdullah explained that sometimes Sultan Abdullah likes to eat roti canai and nasi lemak at a specific store, especially after finishing his prayers at the nearby mosque.

The store owner’s wife said Sultan Abdullah is very humble and seems to be much more comfortable without all of the official protocols. Other than that, every time he visits the store it is a treat for all the customers as he will pay for all their meals. Wow, so nice!

Our new Agong is definitely an interesting character, don’t you think? We don’t know about you but we are very happy to see our new Agong take the throne. Daulat Tuanku! 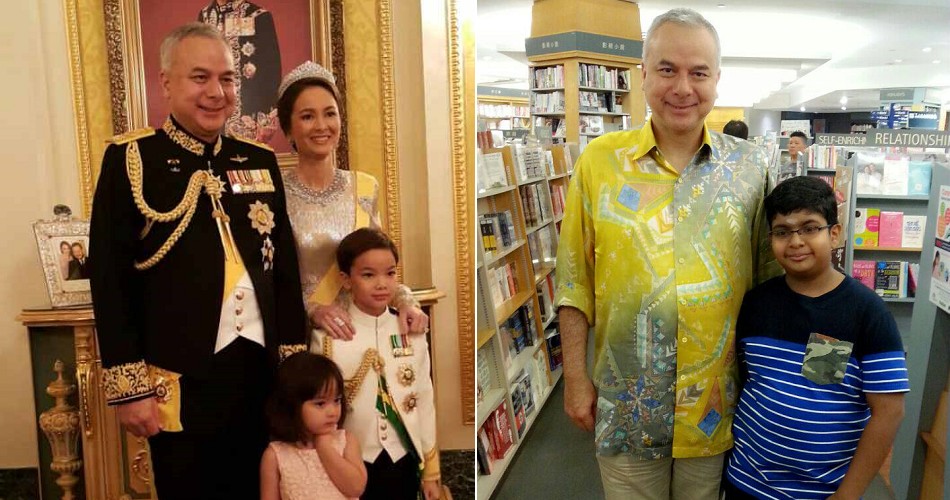