When we reopened our sports league, we brought back 1250 teams, 15,000 players and even a few Arkells

Over the past 25 years, Kristi Herold has grown Jam Sport and Social Group from a local little league to a massive operation with 150,000 players. After a year and a half of cabin fever, the players are finally back on the pitch this month. Here is how it went.

–As said to Andrea Yu

“I’ve always wanted to run my own business. In 1995 I was new to the city and thought playing sports would be a fun way to meet people. I heard about a club in San Francisco that had adult recreational sports leagues and thought I should start something like that in Toronto. I thought it would be a great way to combine sports and entrepreneurship and meet new people along the way.

“I founded the Toronto Sport and Social Club the following year. I started out with five sports: soccer, flag football, beach volleyball, ultimate frisbee, and basketball. I had 53 teams and around 2,500 players that first season. We grew steadily for 20 years, then rapidly from 2016 to 2019 with the acquisition of eight recreational sports leagues. Just before the pandemic, we were operating leagues in 11 cities in Ontario and Michigan. We had about 40 full-time employees, 350 part-time employees, and about 150,000 people who played with us each year. Our players are generally between 18 and 40 years old. They are usually young urban professionals – we have doctors, lawyers, teachers, accountants, business people, hospitality workers, entrepreneurs. Maybe they’re looking to make new friends, meet a romantic partner, or it’s a way to keep in touch with college friends. We can attribute thousands of marriages and babies to our leagues and the people who have met in them.

“When Covid started, no one could come together inside or outside, so our leagues closed. We were working on two new acquisitions, both of which were blocked. We had to temporarily lay off 90 percent of our full-time staff. When the wage subsidies kicked in we were able to rehire almost everyone, and by May 2020 we had launched online bingo nights, quiz nights, and quick meetups. Companies hired us to organize virtual corporate team building activities. Since then, we have hosted 1,500 virtual events over the past year for companies in more than 23 countries.

“In July 2020, the restrictions relaxed and we started our season again. But we only got a quarter of the Ontario registrations we had in 2019 – 6,300 versus 26,000. Then we were closed again in September with the second wave. During this time, the corporate events branch continued to grow and we eventually renamed the entire sports and social group to Jam. We host virtual escape rooms, game shows and treasure hunts, in addition to our adult sports leagues.

“Based on our discussions with the Ontario Science Advisory Table last winter, we thought the away teams should be able to play by April. I thought we could start our spring season in May. Unlike a retail store, we can’t just open the doors. We need to get people to sign up and schedule. We need a few weeks to get started. But the province did not open as expected. I tried to stay positive for my team, but it was deflating.

“When the reopening was finally announced, we marked July 5th as the reopening date and started registration for the summer season. It was June 23 when the government announced that we were officially starting the second phase a few days earlier. Our team has a daily seven minute team meeting, and it always starts with good news. It was definitely the good news of the day. ” We are doing it ! It’s happening! ‘ We have a pretty massive email database of 100,000 players who have played with us over the years. As soon as we knew we were going to be able to open up again, we started emailing them and using our social media to spread the word. We brought back about 15,000 players playing in 1,250 teams in 12 different sports.

“I attended games the first few nights of our season. First off, I went to the Ultimate Frisbee at Sunnybrook Park. People were so happy to play outside. I’ve seen people lean over the sidelines, huffing and puffing, saying, “Oh my god, I’m out of shape.” I’ve heard people say, “Wow, did I ever need to come back to this? There were teams that hadn’t seen each other for a year and a half. I also met a lot of people who signed up on their own, who are playing a new sport for the first time and making new friends. Some of our games rained that night – people were soaked, but they still looked so happy to be outside. 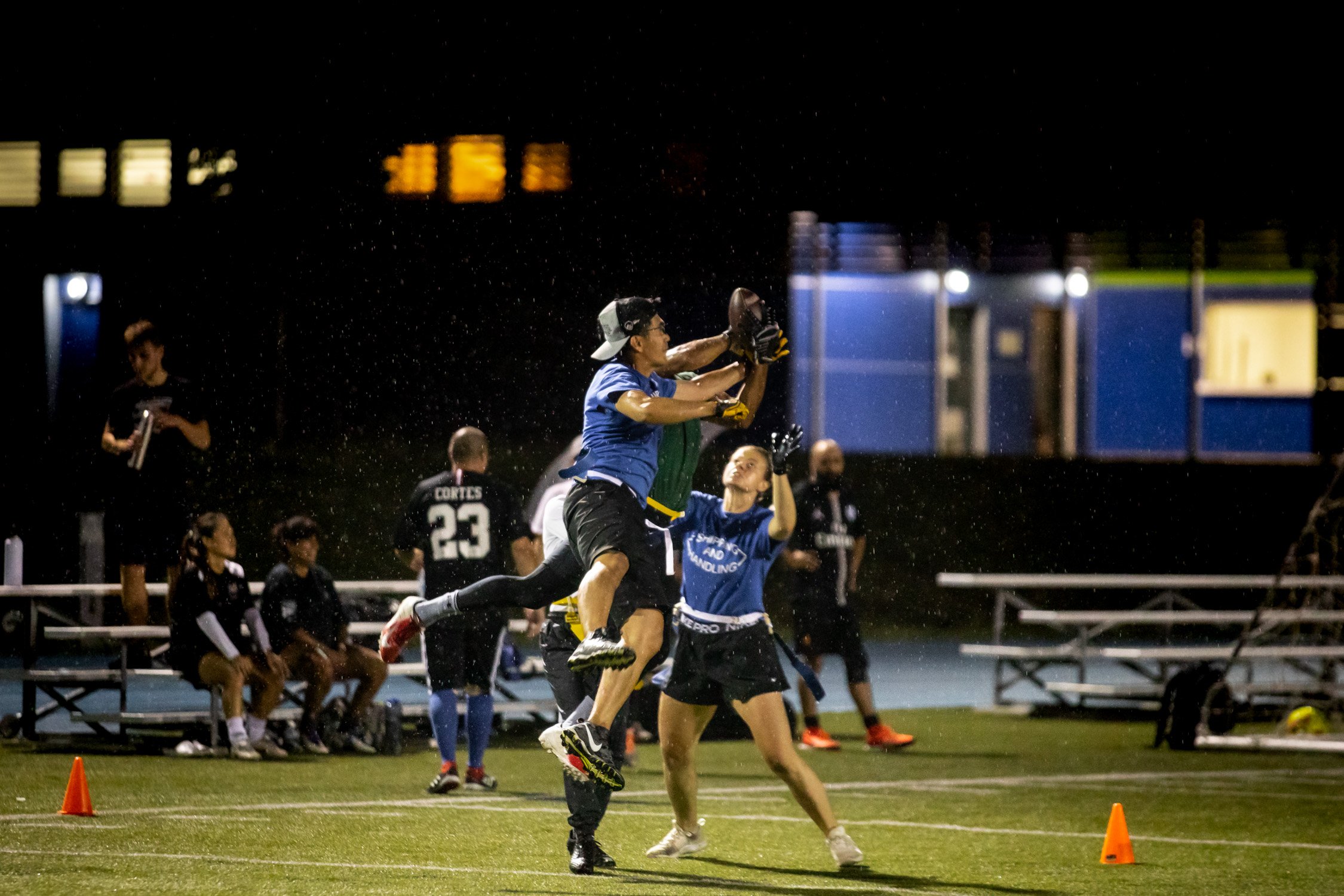 “After that I went to Downsview Park, where we played flag football and soccer, and the next night I was at Polson Pier to watch beach volleyball. I probably saw about 50 games this first week. I couldn’t see the softball games that were going on that week, but afterwards I looked at pictures and recognized the members of the Arkells playing with us. It was fun to watch.

“We have protocols in place for security. We encourage people to stay six feet from each other on the sidelines. But people don’t need to wear masks when playing, and we don’t have changing rooms or open changing rooms. After the teams scored there was a lot of nudging instead of high-fives.

“It was amazing to see everyone come out and play sports again. Many of our returning league ambassadors have told me how happy they are to be back. There were a lot of smiles all around. It was fantastic. People would say, ‘We missed it so much. We were eager to play. 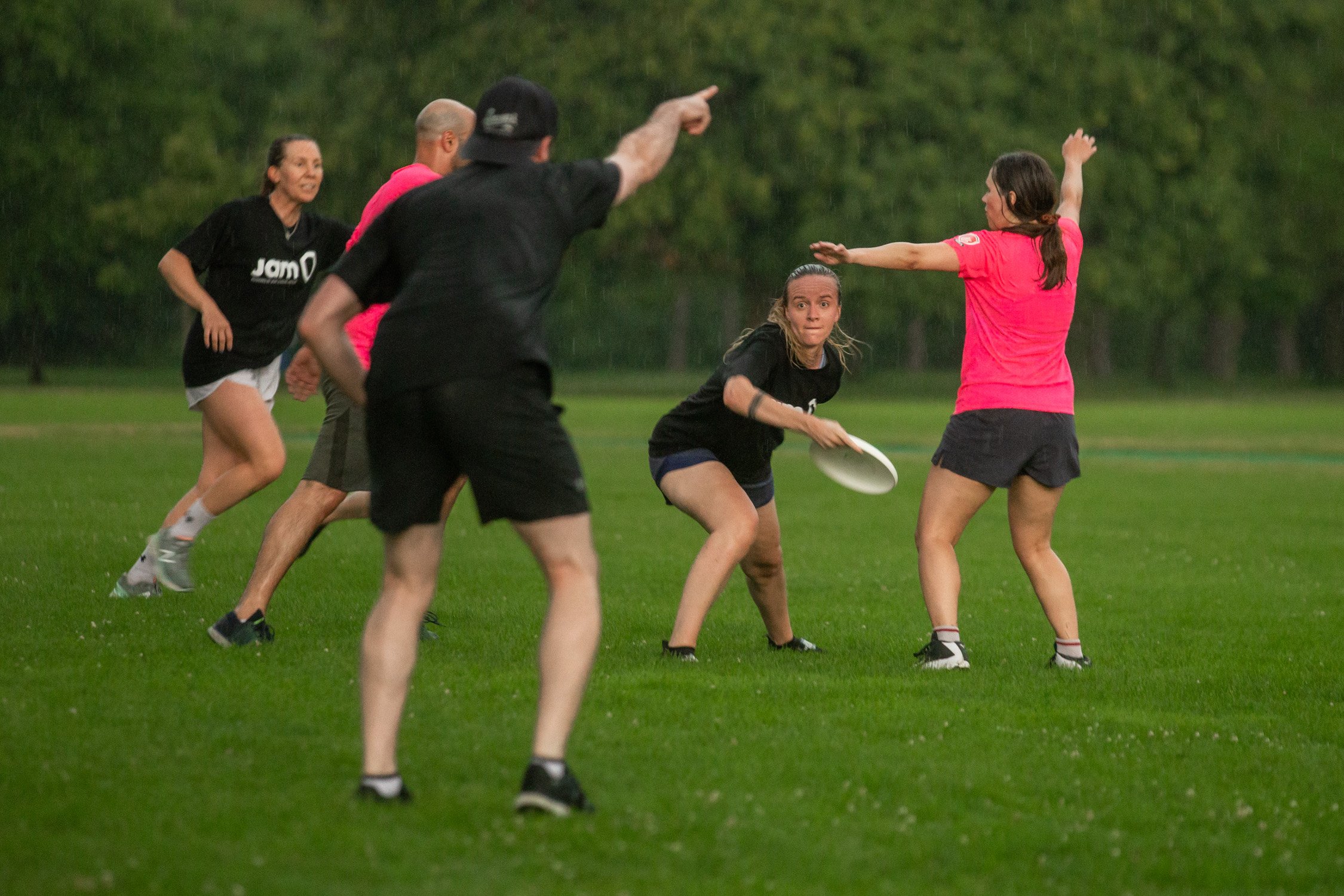 “We have a long way to go to get back to our pre-Covid numbers. Our July / August 2021 season had around 15,500 players in Ontario, about half of what we had in 2019. Hopefully the two acquisitions we had in the works before Covid will still happen. Interestingly, in Michigan, where things picked up earlier, we had more people signed up than ever before: 3,000 players versus 2,500 at the same time in 2019. I think that’s a good sign. Once people are less afraid and our facilities are fully open again, we’ll go back to the numbers we had before. “